The smartphone maker Realme is all set to unveil the Realme X7 series in China on September 1. The new smartphone series will reportedly see two smartphones by the name Realme X7 and the higher-end Realme X7 Pro. we finally have first live photos of the phone. It was revealed by two senior executives – a neat tri-color gradient, with the company’s motto on top, which will undoubtedly raise a few eyebrows. 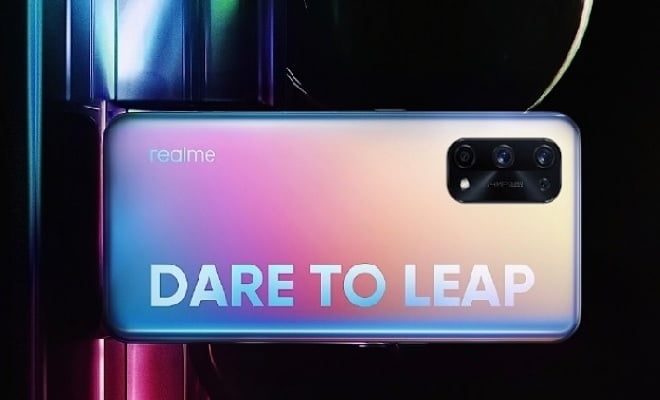 “Dare to Leap” has been Realme’s motto since last year and the company has always been saying that it is implementing this idea when developing its products.While one of the executives, Xu Qi Chase, where to buy cialis over the counter revealed the photos of the online, Realme Design Director Xianghai Sire, on the other hand, informed the colour was accomplished after 8 months of development and 400 hours of colour proofing, as well as other industrial processes.

Coming to the other aspects of the phones, especially the specifications, both the Realme phone are tipped to feature a 120Hz AMOLED displays.There are expected to be backed by 4,300mAh and 4,500mAh batteries respectively with 65W SuperDart Flash Charge support. the camera department, both the phones will sport multiple rear cameras, with the Realme X7 Pro packing a 64-megapixel primary sensor, according to a leak.