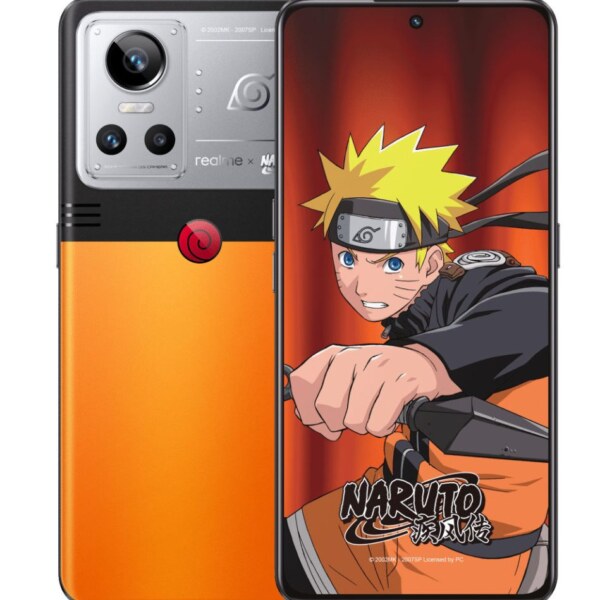 The Chinese company has launched the Naruto edition of the Realme GT Neo 3 on its website in China. The smartphone is getting the same specifications as the standard edition. The special edition of Realme GT Neo 3 is now available for pre-order in China for CNY 3,099 (roughly Rs. 35,600). To pre-order, buyers are supposed to pay a deposit of CNY 100 (roughly Rs. 1,100) and then pay the balance amount within 2 hours. The phone will be available for pre-order in China starting May 26. Realme is also doing a giveaway with the smartphone of smartphone protective cover.

Realme GT Neo 3 Naruto Edition only provides cosmetic updates for anime and manga lovers. The back of the smartphone is in orange and black colours to match the jumpsuit that the protagonist of the anime wears, complete with the red swirl symbol. The rear cameras have been surrounded in silver metallic accents along with a Hidden Leaf Village or Konohagakure symbol from Naruto for reference. Under the symbol, Realme and Naruto’s collaboration has been marked.

Along with the smartphone, Realme has also carried the same orange and black aesthetics to the GT Neo 3’s charging adaptor and cable. The SIM ejector tool is now in the shape of the Hidden Leaf Village symbol from Naruto. There is also a Naruto Scroll bag that is bundled.